Well done to all the CAYT members who were recently recognised at the NODAs.

Oscar Eckersley won Best Male Youth Comedy Performance for the Lion in the Wizard of Oz.

In addition, one of CAYT’s members, Charlie House, won Best Male Youth Performance in an Adult Production for his role as William Beech in Congleton Players production of Goodnight Mr Tom.

Congratulations to everyone what an amazing result for you all. 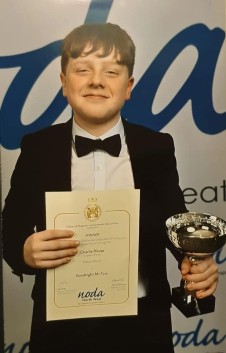 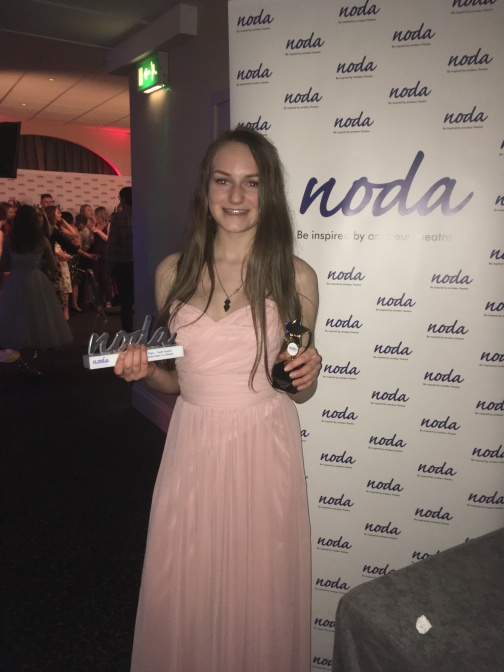 Ben won ‘Best Male Youth Comedy Performance’ for his role as Buddy in Elf the Musical.

We have been out and about letting people know that The Witches is on next week at the Daneside Theatre.  We met some very witchy freinds and turned some of them into mice! Thanks to Tesco for your support! 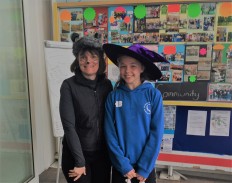 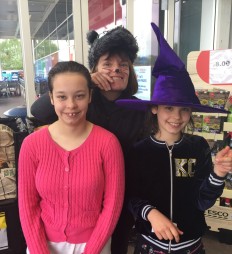 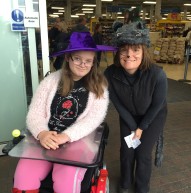 Rosie Pearce has been presented with a North West Award from the National Operatic and Dramatic Association.

Rosie was given the award for Best Leading Female in a Musical, beating regional winners from all over the North West, for her performance as Natalie/Ed in All Shook Up in November 2016 at the Daneside Theatre, Congleton.

The production, which The Congleton Chronicle called “a fantastic performance” was recognised ahead of all others in Cheshire in a total of 6 categories including Best Youth Musical.  Congratulations!

Reviews of All Shook Up

Reviews of All Shook Up were very positive, for the cast and also the musicians, sets and costumes.  The Stoke Sentinel commented ” When everyone is singing the sound is truly impressive… Another of the highlights is the first half finale, “I Can’t Help Falling In Love With You”, sung beautifully by the six leads before being joined by the entire company: a moment to send shivers down the spine.”

The Congleton Chronicle remarked “It wouldn’t be surprising at all if the principal cast found themselves treading the boards of the West End in years to come…All Shook Up was a fantastic performance and anyone who fancies a professional standard production in town should definitely check out Congleton Amateur Youth Theatre’s future shows.” 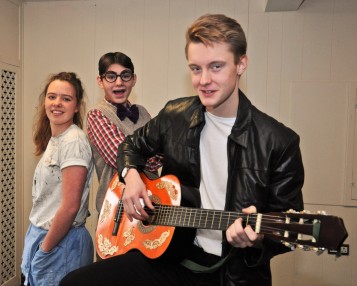 All Shook Up on the town

We have been out and about promoting our show this week.  Elvis came all the way from Las Vegas to support us! Thanks to everyone who joined in.  Don’t forget to get your tickets. 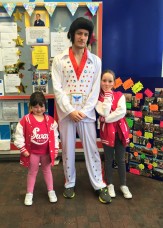 The Congleton Chronicle reviewed Wanted! Robin Hood and concluded it was “A great night’s entertainment aided by a fabulously designed set”.

The article praised many members of the cast including Lizzie Lomas who stepped in as Marian at the last minute, the ‘swashbuckling’ Richard Vickers (Robin), the ‘dastardly’ James Gittins (Sheriff) and ‘sinister’ Oliver Rhodes (Gisbourne) and Hannah Bleakley who ‘had the audience in fits’ as Much the Miller’s Son.  Ben Birkett gets ‘special mention’ as the conniving Sir Eustace who ‘spent the evening elongating his vowels and turning his nose up at the rest of the cast’.   Congratulations to all the cast and crew.

Our very own Joe Pearce has won the National Operatic and Dramatic Association North West Youth Award for his role as the Woodcutter/Squire in Rats’ Tales in May 2015. The NODA reviewer commented that the performance was ‘outstanding’ with ‘very good characterisation’.  This is the second time Joe has won this prestigious award, having won previously for his role in The Tempest in 2013.   Congratulations Joe!

The Lion the Witch and the Wardrobe 14th – 16th May